Are Rifle Fairings still in business or gone the way of Bike Bandit?

I ordered a windshield from their website two months ago. There was no indication that the standard size I ordered was not in stock, and my credit card was charged immediately; When nothing happened after a week and the order status remained "Shipment Pending", I used the contact form to inquire. I did get a response indicating they "build to order" with a delay of 4 to 6 weeks. Still nothing, status remains "Shipment Pending".

Has anyone actually ordered and received a windshield from them over the past, say, 6 months? Or have they gone the way of the Bike Bandit website, taking orders and charging credit cards despite being out of business?

Have you called them?
D

They are in my hood. Next time I'm out and abooot I'l check it out.
T

I e-mailed, but no response. I'll try phoning in the morning.

But I'd still like to know if anyone has actually received anything from them recently.
T

If they don't work out try National Cycle for a windshield.
T

Update: I phoned them this morning. They state that they e-mailed me back although for some reason there's no sign of the return e-mail in either my inbox or my junk folder.

In any event, the gentleman I spoke with indicates that they are awaiting hardware for the mounting bracket from a third-party supplier (I guess they just make the windshields, not the brackets). He states that he ordered the hardware when I placed my order and doesn't know what the hold-up is.
T

Further update: he did indeed respond -- about 2 hours before I called. There's some sort of glitch going on with my e-mail client and several e-mails got stuck somewhere between the mail server and my computer.
L

Good to hear Rifle still in operation. I've loved my Rifle windscreen on my Concours then the FJR (almost 200K miles between the two at this point)

As for email- often quick but was designed decades ago, and store-and-forward does happen. One can review email header logs and geek out on where exactly an email got stuck... but, usually simpler to simply recognize...stuff happens and be patient
D

Good! Now I don't have to leave the house
T

Well, it's finally in my possession and installed: 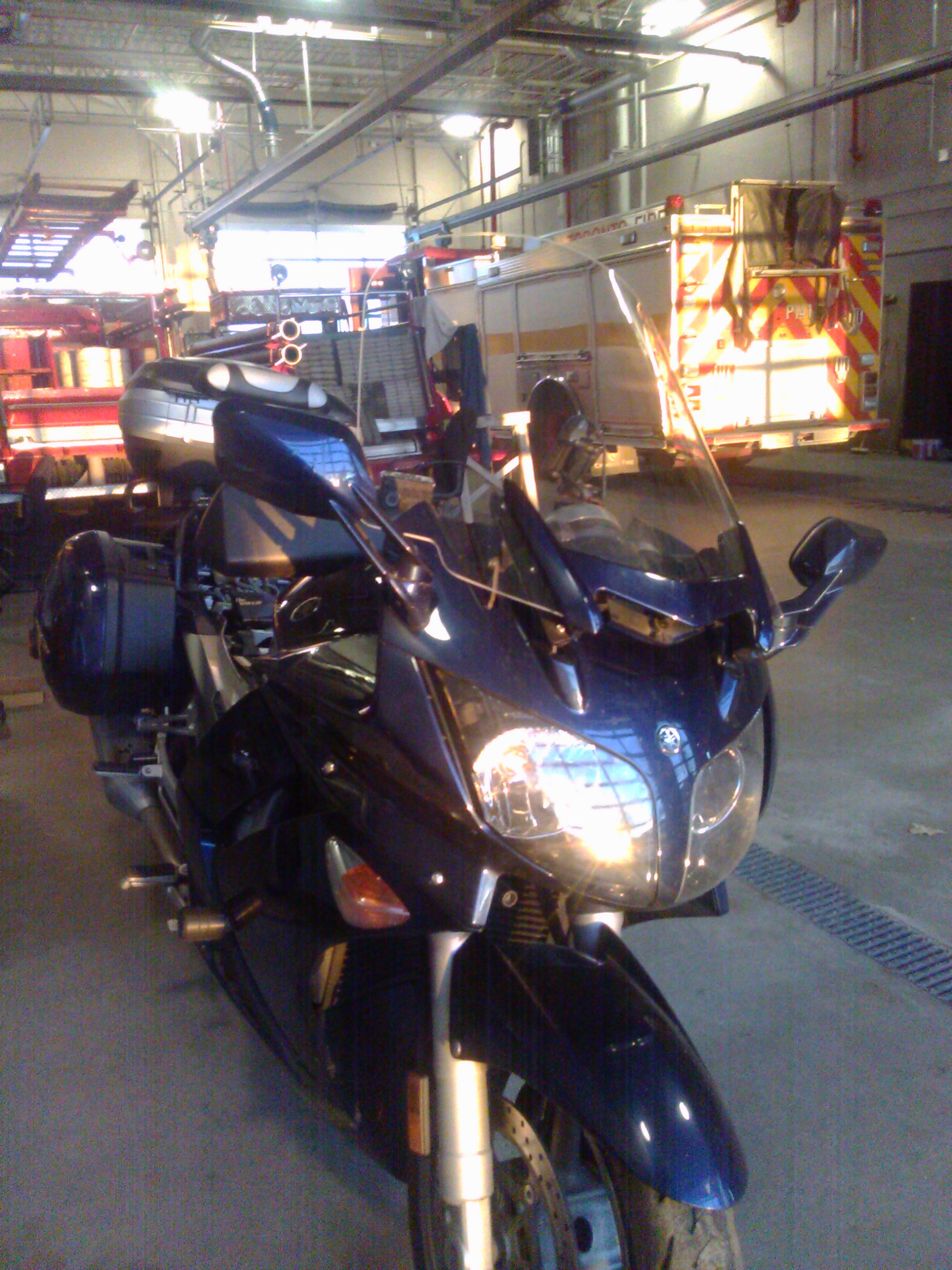 5-1/2 months later after I placed the order. They never did get the brackets, to my knowledge. Well, that's not entirely true, it turns out they did have one.

After my post here last August, Niehart kindly contacted me and offered a set of brackets that he had left over. I contacted Rifle, told them I could get the brackets used. Rifle said "Send a picture to be sure all 3 are included". Niehart only had two and sent me a picture which I forwarded to Rifle. No response for a month, so I contacted them, they said they were still waiting for the picture. I provided the date I sent it and a second copy. "Oops, we didn't see the picture, we actually have the 3rd bracket and will now get your screen into production."

Good thing this fall has been unusually warm.

There were some shipping delays and issues, but I finally got it today. My thanks again to Niehart, without his kind assistance I'd probably still be waiting.

To be fair to Rifle, they did refund me about $50, which I assume is their cost for the two brackets. I did not ask them to do that, it was entirely on their own initiative.

Rifle is now a two person operation, Gary, the owner and another nice gent who attempts to man the phone.
T

They never were a huge company, I assume they had to downsize during Covid. I hope they are able to recover as I always liked their products, starting from their innovative approach to fairing design in the early 80's to their willingness to re-engineer the FJR windscreen's shortcomings.

P
What's the simplest way of using satellite radio on the bike?

Mounting a 2-way radio in the front fairing pocket

P
What's the simplest way of using satellite radio on the bike?

Mounting a 2-way radio in the front fairing pocket