Back in September of 2021 I attended the Ride around Texas event put on By Tim Masterson and the IBA. In talking to Tim we were discussing a new ride series that he's been working on putting together called the Ride Around series. Like the RAT he would like to document rides around the perimeter of all 50 states if possible. Also its the IBA so there is always a twist and a time frame. He also mentioned that no one has covered Louisiana yet, which made my ears perk up.

So here we go folks for your viewing pleasure! January 14th I'll be setting off between 4 and 5 am to be the First documented rider to Ride around the perimeter of Louisiana and I'm shooting for under 24hrs. 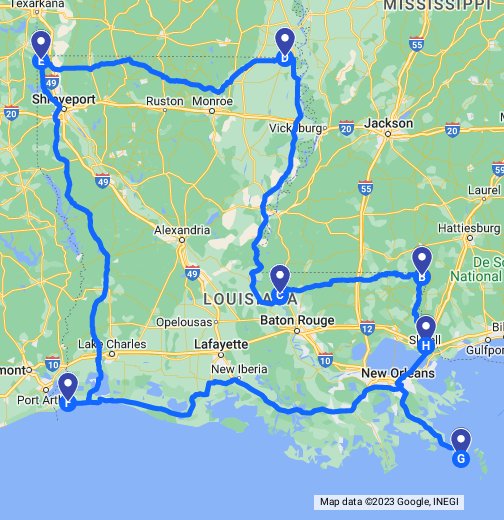 Ride Around Louisiana - Google My Maps