As I can’t post on fjriders again, will start a cooking thread here.

1-1/2 pounds of hot peppers from the garden to become hot sauce: 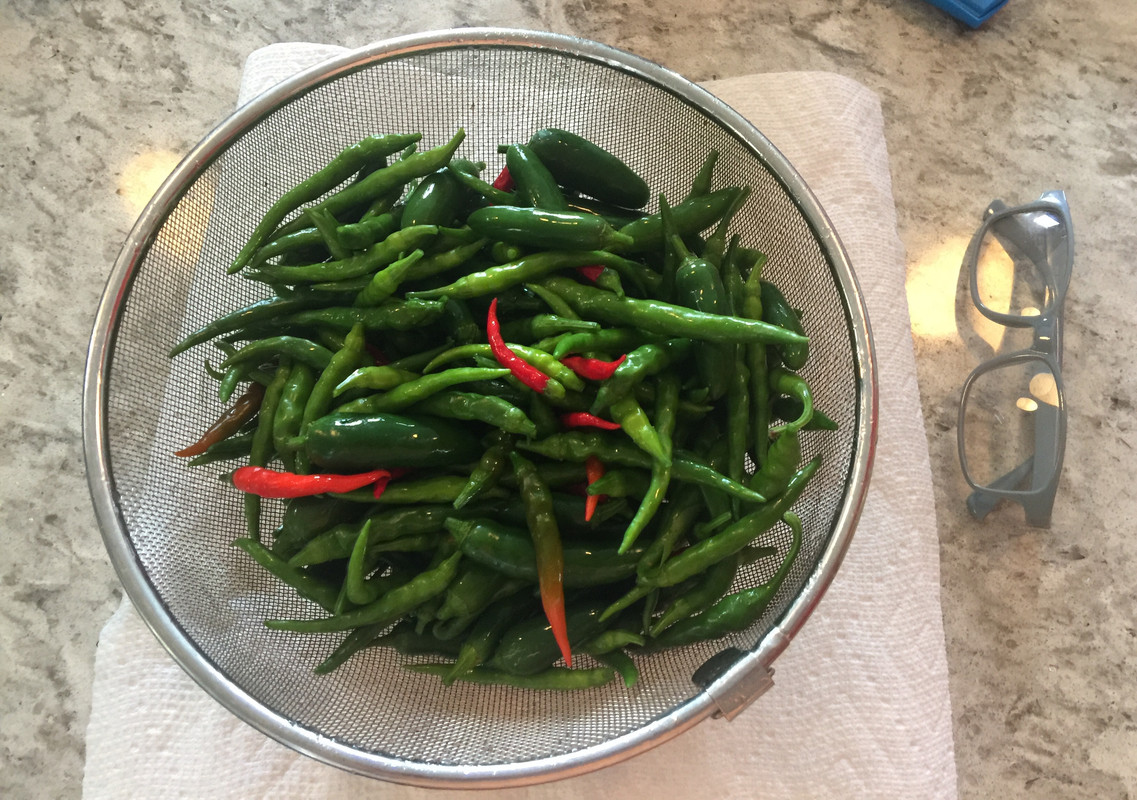 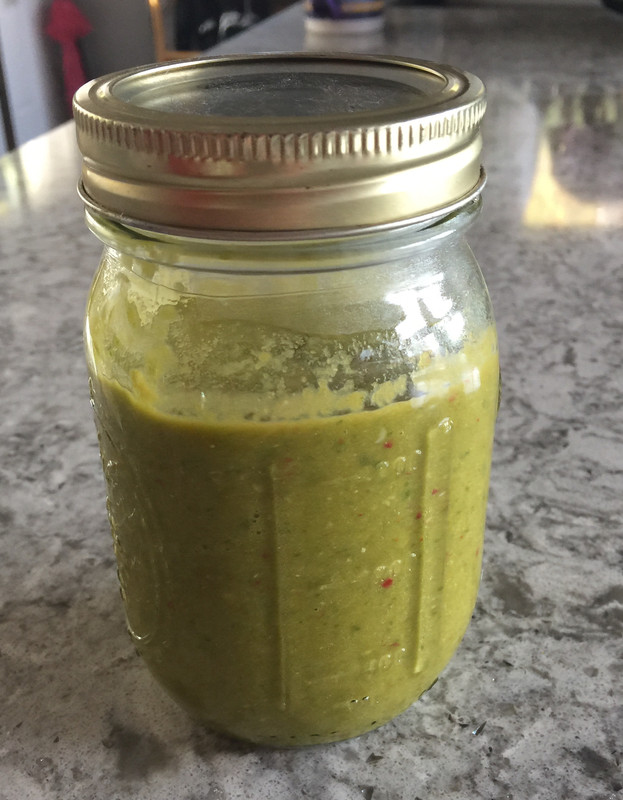 Used mostly the Serrano’s and the larger Dragon Cayennes for the sauce, the bulk of the cayenne went into the freezer for later use.
Basic recipe:

For 3/4 pound of pepper...Cut tops off peppers and roughly chop up. Blanch in boiling water for two minutes. Edit- forgot to add “plunge peppers in cold/ice water after blanching”... then - Drain, set aside. Save the water.

Chop up two carrots, 1/2 a large onion, and 3-4 large garlic cloves. Cook them in the water until carrots are soft. (about 10 minutes)
Drain and add to peppers. Toss the mixture after it cools into a food processor along with a teaspoon of kosher salt, two tablespoons of olive oil, teaspoon white pepper, and a half cup of vinegar. (I used red wine vinegar)
Add juice of one lime. Pulse until a soupy liquid. Add more vinegar if needed.

IMPORTANT- You will want to do the boiling/cooking part in a well ventilated area, outside if you can.
Last edited: Nov 7, 2021

Got anything for Jalapenos? I have a bucket-load.

When will it be ready to ship. We can't grow anything here cause we don't have dirt, just volcanic pumice

Whoa, pardner. You better put those protective glasses back on. Do I have to ride to MO to test this sauce?

Tom you can use the same recipe for any pepper. (This recipe was originally for jalapeños)
For jalapeños just cut off the top, slice the peppers lengthwise and blanch in boiling water as done above.

If you don’t want it as hot, remove the seeds and any white ribs from the pepper.

Harper, protective glasses would have been useless, a respirator was what was needed. Even though I had the hood vent over the stove going, the entire house got flooded with toxic fumes. If you want a sample send me your address and I’ll send you a tiny bit

My habanero salsa is like that. No cooking needed but MOP suits are recommended.

Knifemaker said:
Harper, protective glasses would have been useless, a respirator was what was needed. Even though I had the hood vent over the stove going, the entire house got flooded with toxic fumes. If you want a sample send me your address and I’ll send you a tiny bit

Sent you a PM (now called a "conversation") with my address. Thanks.

Got it, should be in the mail tomorrow...

Received it, opened it, and tasted it. Delicious and thank you. Taste review in the PM. Wish I could have shared it with Ray.

So, have a 7.5 pound smoked boneless ham

breasts that I’ll be smoking for thanksgiving. What you folks doing?

Well, since you asked . . . a 5 lb and a 4 lb bone-in breasts are currently brining. They'll be rubbed with basic seasonings tomorrow and then in the lil' electric smoker on Thursday. Not sure about which wood to use yet though.

My wife is making the turkey because I tend to overcook it. I'll make sausage stuffing and a couple of pies.

Started making bread for thursday. 1 honey white (1/4 cup of local honey). Cheesey bread not so much. Mostly just "bread" from adding some cheese to the normal recipe. Went out and found a different direction to try. Always end up making a couple of test loaves.

My wife is making the turkey because I tend to overcook it.
Click to expand...

THAT plays into the strength of sous vide. You set the end temp and it can't get overcooked. Left too long and it ends up looking like the gold Dr Horrible teleported out of Ft. Knox (smells like cumin).

For full sized whole turkeys (12 to 25 pounds) I am a big fan of cooking bags. They do keep more moisture in the meat, and usually decrease cooking times.
They keep telling us to cook the breast to 165 degrees, but I always cook to about 8 degrees below that (157F) . Because it’s a matter of time and temperature. At 350 in an oven the time you wait after you remove the turkey the temperature will not only rise, but those 15-20 minutes you wait before carving will kill off bacteria just as well. A good digital meat thermometer is a must here.

The smoked ham with bacon grease and brown sugar glaze. 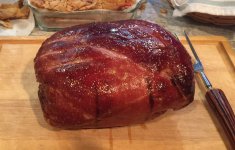 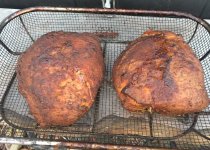 Turkey was the big hit. Ham was OK however.

A lot of food for six. Made a sizable dent in it all. Have about half of the ham left and most of the 2nd turkey breast.
Last edited: Nov 25, 2021

Everyone else did the heavy lifting and it was all very good. I felt guilty that I couldn't finish the 1 plate I made for myself. 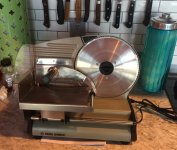 As trying to slice uniform pieces of the ham and the turkey breast was difficult with either a blade or electric knife, I decided to pick up one of these.
I also realized that sliced turkey breast from the food stores deli was $8.75 a pound, and the whole turkey breasts I smoked cost about me about $3.30 a pound.
So from now on I’ll be smoking or baking my own sandwich meats.

You can also control (some of) the additives in the smoking process. The ham and such is already full of whatever though, so probably not much of a difference.

The ham we get may have curing salt added before it’s smoked, not sure. The turkey, only had regular salt and “herbs” according to the packaging.
Most deli meats are loaded with nitrates, so yeah, other than saving money, it’s likely better for you.
Going to get a small pork roast this week and try that out.